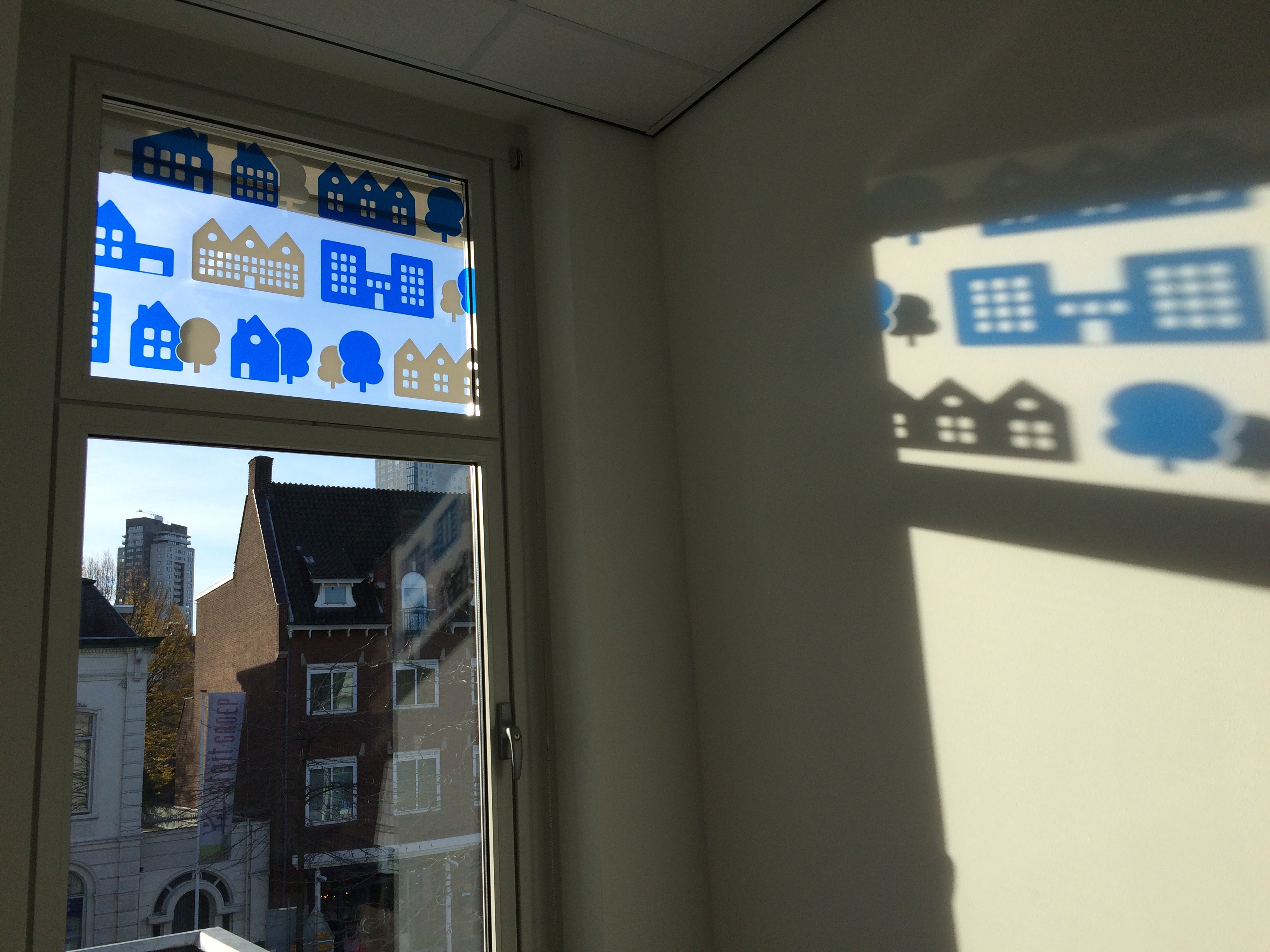 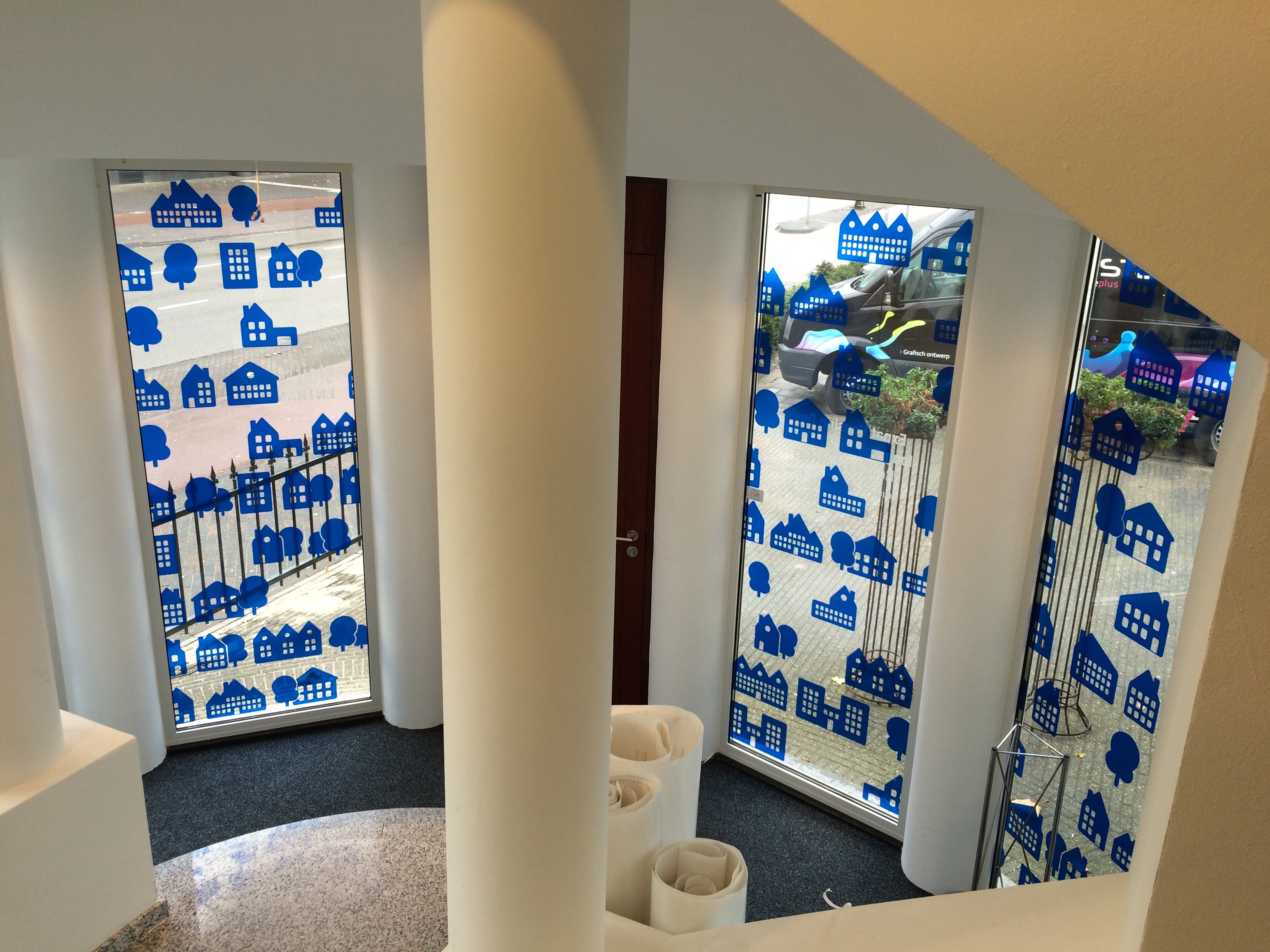 Stoit Groep is a well known real estate rental company based in the heart of Eindhoven. Recently moved across the street in a formal bank building we helped Stoit to design an realise the promotional items as well as the signing in and around the office.

The biggest goal was to achieve a modern, hard to miss facade that would merge with the classic lines of the building. The space that was added later is modern and in contrast with each other (which it is nice if done correctly). To led those two styles work together is hard but to blend them together, is a challenge we love.

We decided that stained glass effect would do the trick. The tiny, comic style houses placed in a raster effect, randomly and altering with the chosen foils create an amazing lighting effect. In- and outside, by day and night. Everytime is it different. The classic feel on the outside now prolongs to the spaces inside. Where you look, you are surrounded by the identity of Stoit on a subtile manner. A way to bond the employees and visiting customers with the brand even more.