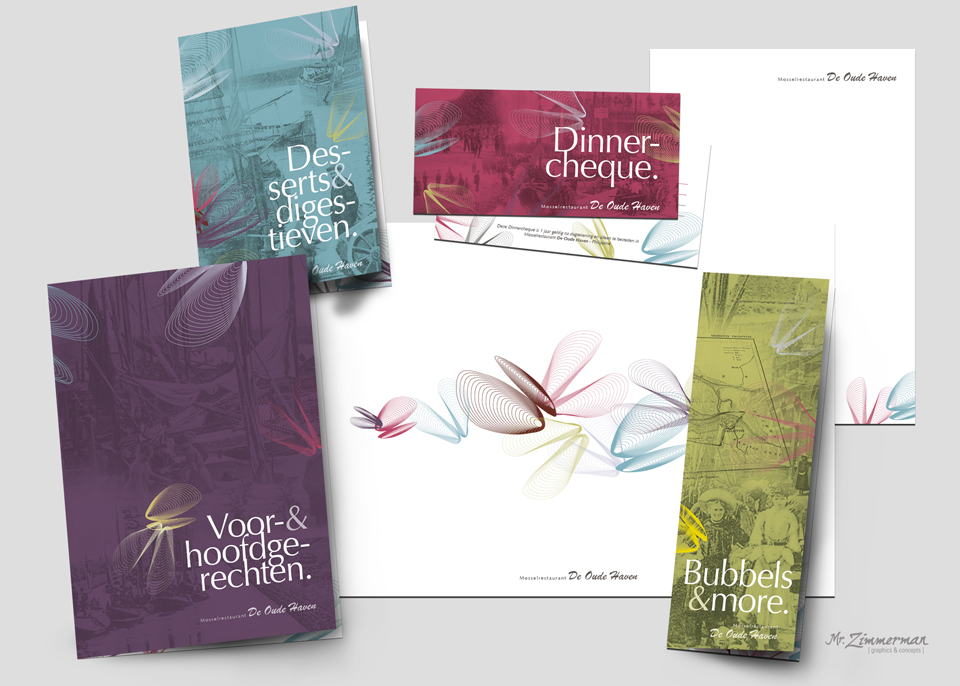 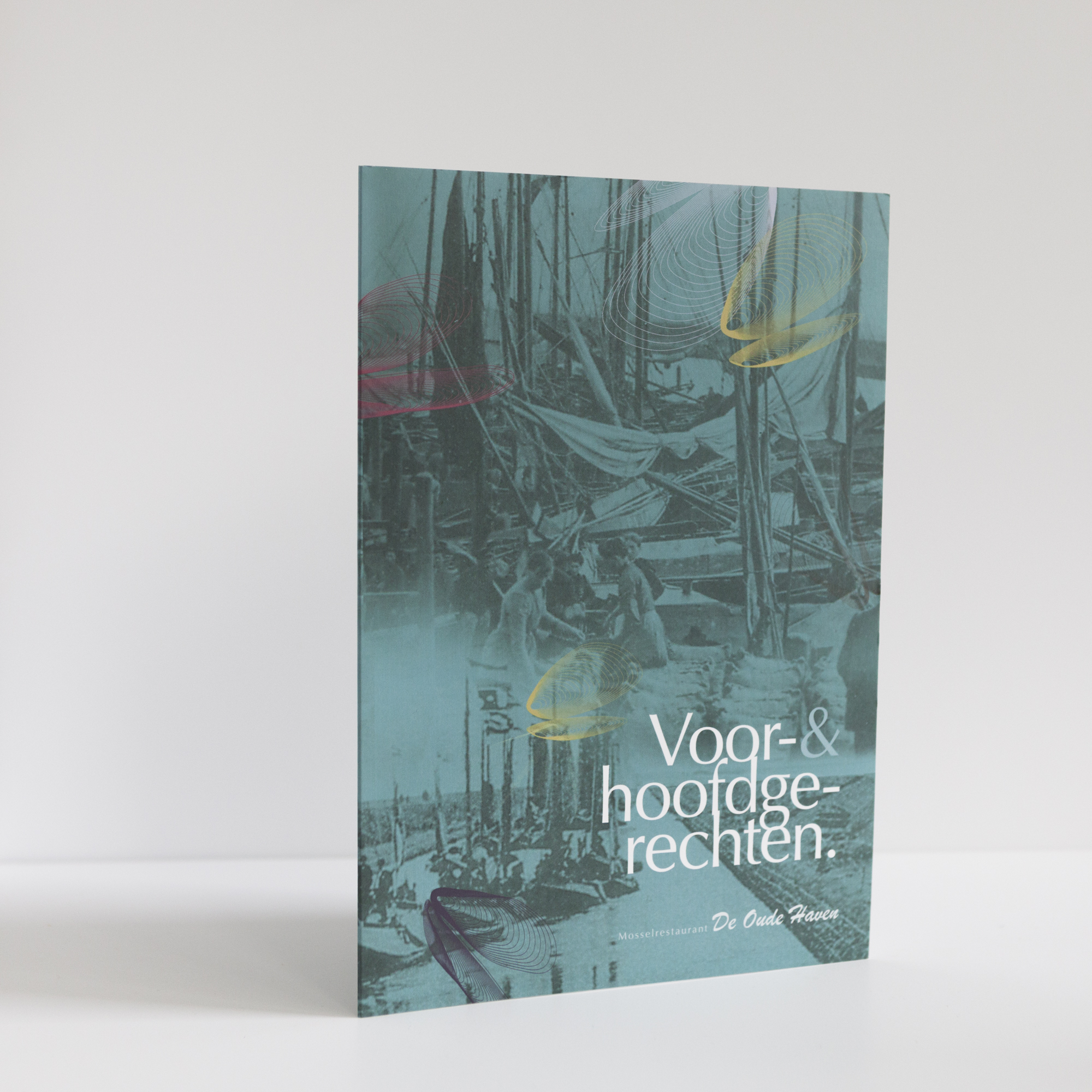 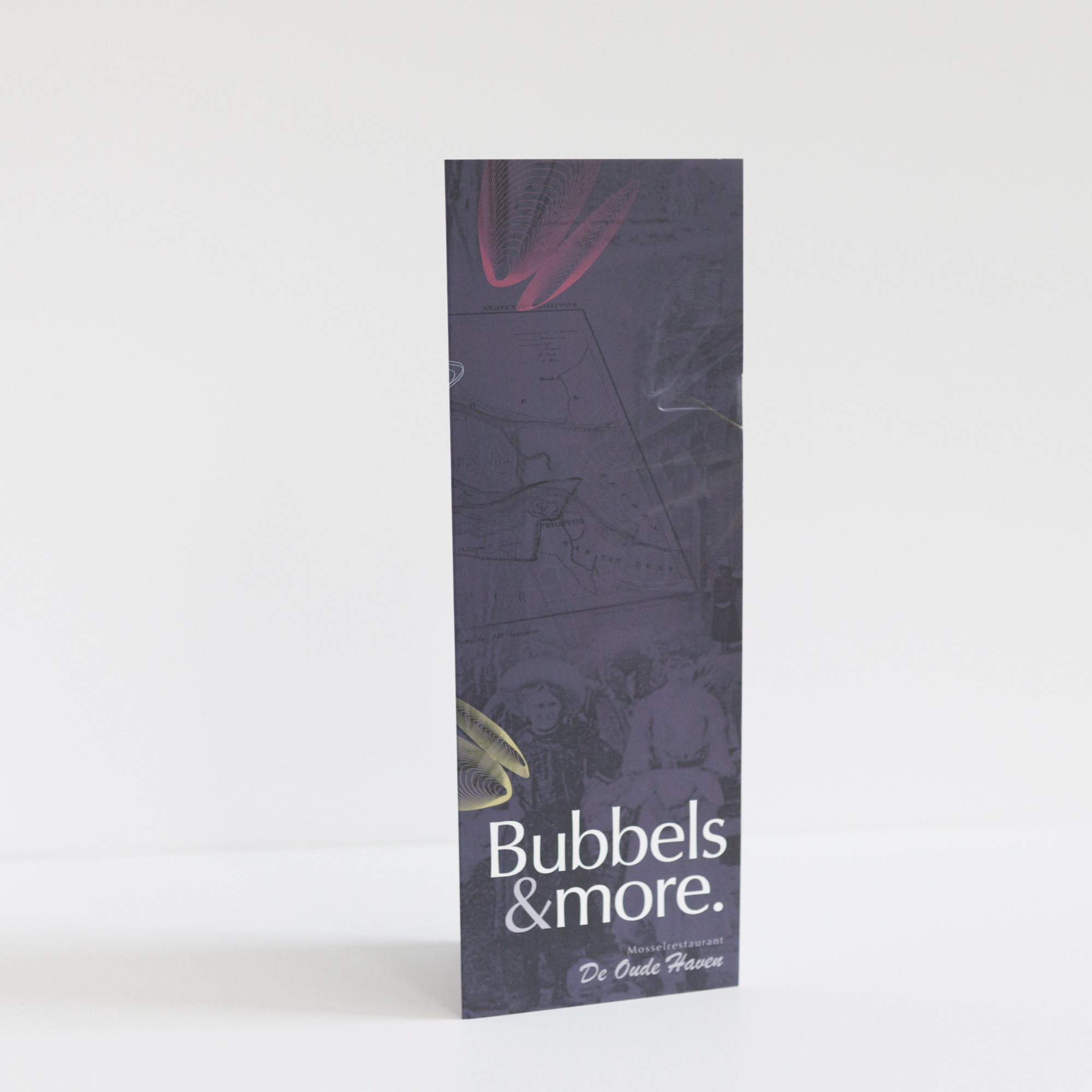 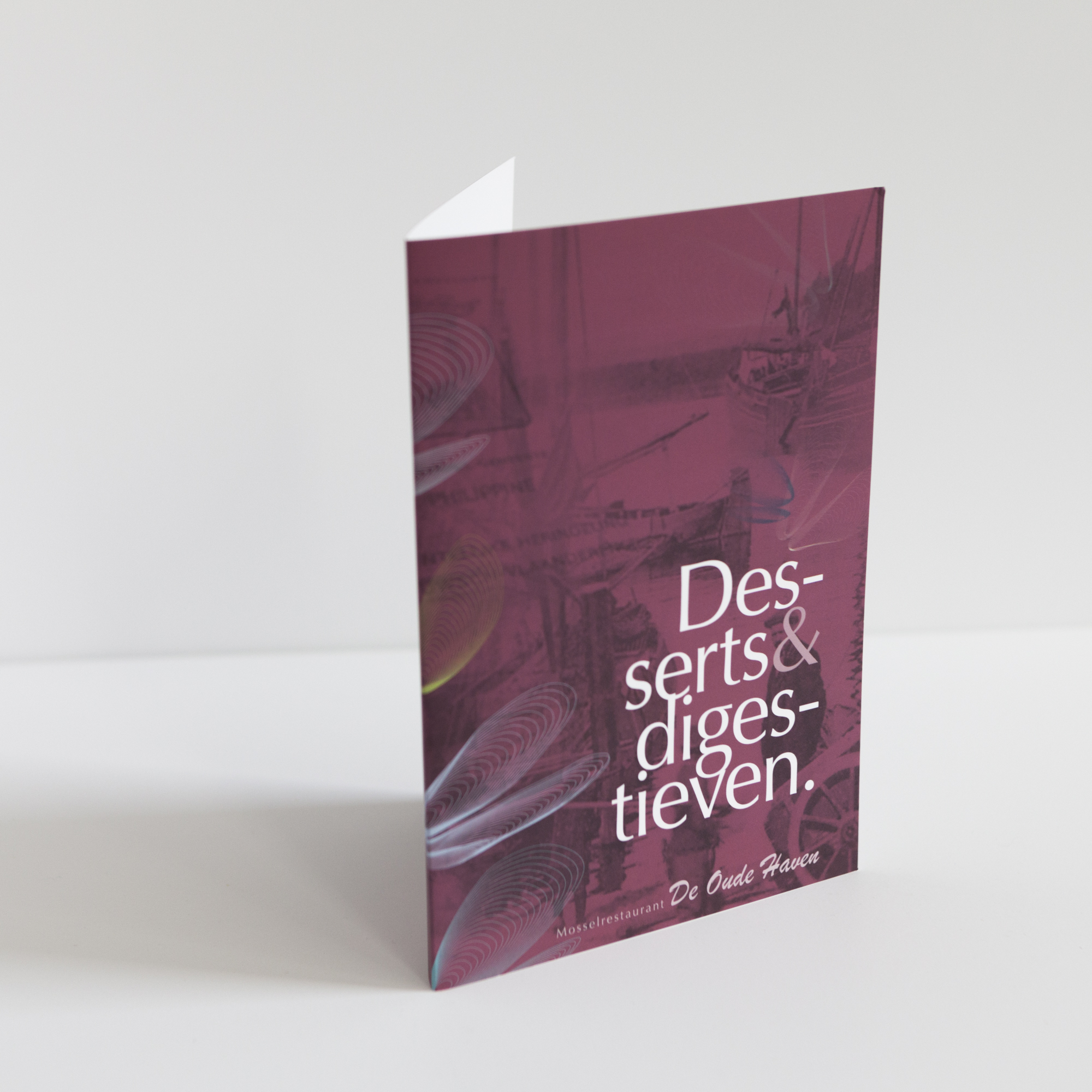 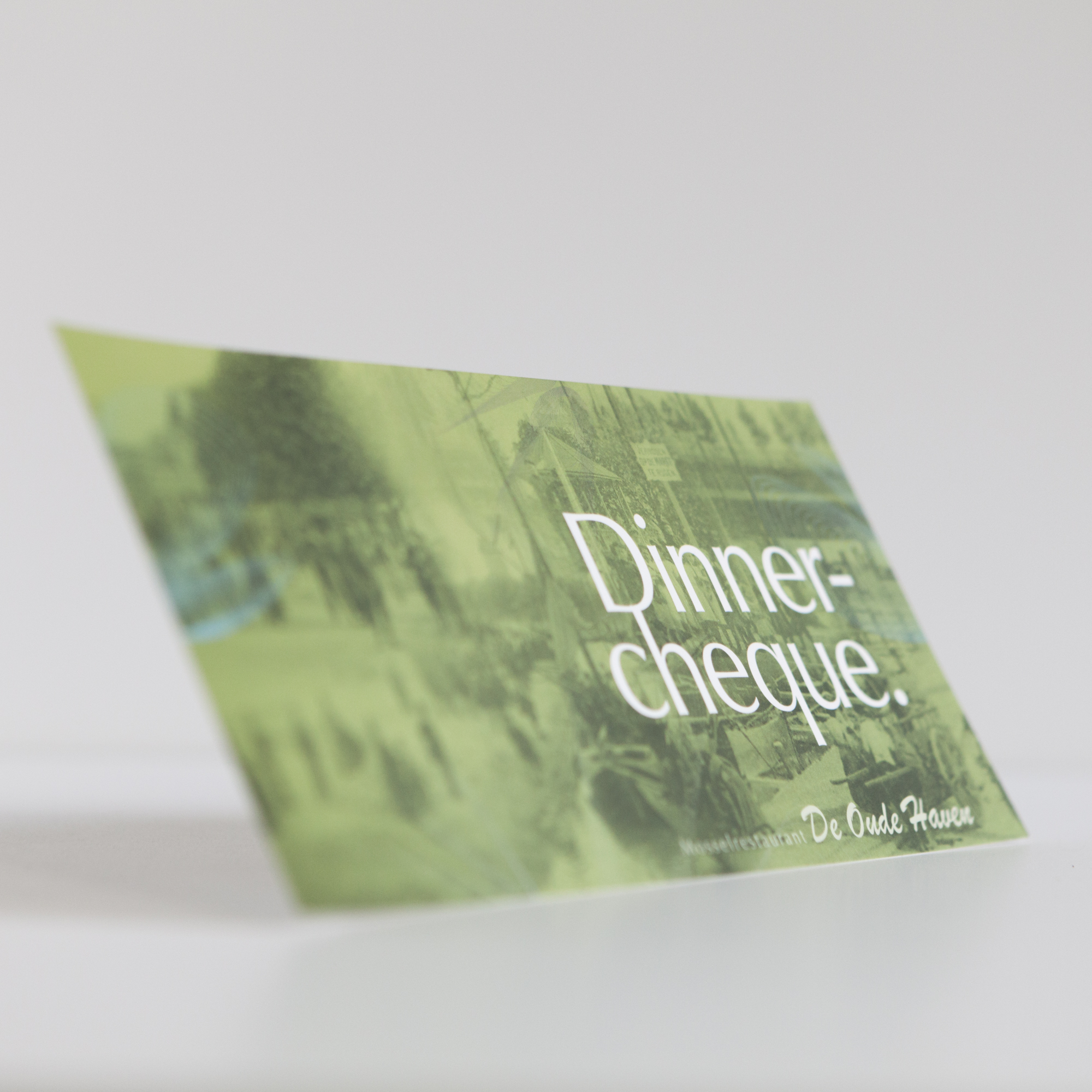 The primarely request came from the Interior Architect Didy Nooren to design a wallcover for the restaurant. A 24 x 3,5 meter wall filled with a collage using the photo of the early days when the centre was actually a harbour. During this proces it became clear that the wallpaper was the beginning of their new identity. The old school photos combined with the modern colored abstracted mossels give the menus and placemats a new touch to it all.